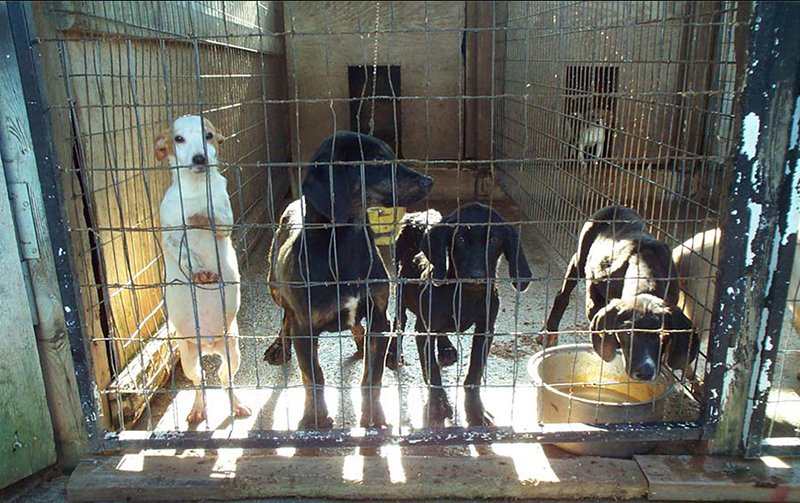 Washington, DC—In a great victory for animal welfare, Congresswoman Lucille Roybal-Allard (CA-40) succeeded in including language in the manager’s amendment of the House Appropriations Committee’s Fiscal Year 2016 Agriculture Bill to deny funds for the licensing or relicensing of Class B animal dealers who sell “random source” dogs and cats for use in research. The bill passed the full House Appropriations Committee earlier yesterday, July 8, 2015.

“Almost five decades after Congress banned the sale of family pets into research, thousands of illegally obtained cats and dogs are still marketed each year to research facilities by Class B dealers,”said Congresswoman Roybal-Allard.  “Random source dogs and cats often suffer greatly in Class B dealers’ hands. They are routinely deprived of veterinary care, sufficient food, clean water, safe and sanitary cages, and protection from extreme weather.  Although only a small number of these dealers remain, their licensure and oversight are an unjustifiable drain on USDA resources. By defunding the licensing and renewal process for Class B dealers, we can help put an end to their inhumane treatment of animals.”

“We are very grateful to Rep. Roybal-Allard for taking this issue on again, as she has in the past,”said Nancy Blaney, Senior Policy Advisor for Government and Legal Affairs at the Animal Welfare Institute. “The random source class B dealer industry is cruel, costly, scientifically unnecessary, and puts Americans’ dogs and cats at risk of being stolen for sale into research.  Rep. Roybal-Allard’s amendment puts the end of this corrupt system within reach.”

The 1966 Animal Welfare Act (AWA) was intended to stop the illegal sale of family pets for use in experimentation.  However, nearly fifty years after the passage of this landmark legislation, the AWA routinely fails to reliably protect either pet owners or animals from Class B dealers who sell “random source” dogs and cats for use in research.  Random source Class B dealers continue to be licensed by the U.S. Department of Agriculture (USDA), enabling them to sell thousands of household cats and dogs to research facilities.

Unlike reputable Class A Dealers, who are specifically licensed to breed and sell animals needed for research, Class B dealers are licensed to adopt and buy animals from random sources, including animal shelters and pet owners.  In their zeal to collect as many dogs and cats as possible, these Class B dealers often resort to fraud, deception, and outright theft.  They mislead many pet owners and custodians about the fact that these animals are intended to be used for research.  They collect stolen pets and illegally trapped strays.  They haul animals across state lines, making it nearly impossible for their families to find them.  And they keep incomplete or falsified records to conceal their animals’ true origins.

Congress has been working for many years to fix the problems posed by Class B dealers, and has prodded USDA and the National Institutes of Health (NIH) to address their respective Class B dealer problems.  Unfortunately, progress toward eliminating Class B dealers has been laboriously slow.  USDA quarterly inspections and “tracebacks,” which attempt to verify the source of Class B animals, are costly and time-consuming.  And while it has been two decades since NIH banned its intramural researchers from purchasing dogs and cats from Class B dealers, NIH did not place the same prohibition on its extramural grant recipients until 2012 (for cats) and 2015 (for dogs).  By ending the licensing of Class B dealers, Congresswoman Roybal-Allard’s amendment will permanently stop the government-sanctioned operation of these dealers.

What You Can Do:
Please ask your representative to cosponsor H. R. 2849 to protect companion animals and establish integrity in the provision of dogs and cats for research purposes. You can send an email through the Compassion Index by clicking here, where you will find suggested talking points to include in your email.