Humans are killing sharks at a much faster rate than sharks can repopulate. Sharks mature slowly, have slow reproductive rates, and produce few offspring, which makes them extremely vulnerable to extinction. Over one quarter of all known shark species are considered threatened or endangered. As apex predators in many ecosystems, the disappearance of sharks is causing dangerous imbalances in marine communities worldwide. Without sharks, the health and productivity of our oceans—and dependent livelihoods and economies—are at risk.

Many shark populations have faced steep declines due to years of exploitation for their fins, cartilage, meat, and liver oil. There is a robust global market for shark fins in particular to meet the demand for shark fin soup. Shark fin soup is a popular (and pricey) dish in East Asian societies, prized as a symbol of prosperity. It is traditionally served at banquets and on special occasions such as weddings. Continued demand for shark fin soup, dumplings, and other shark fin dishes served in restaurants around the world perpetuates the practice of finning, resulting in an estimated 73 million sharks being killed each year for their fins alone.

Because of the high commercial value of shark fins and the relatively low value of shark meat, fishermen often take only the fins and leave the rest of the body behind—an extremely cruel and wasteful practice. Typically, sharks are finned alive—brought aboard fishing vessels to have their fins sliced off, then thrown back into the sea, where they suffocate, bleed to death, or are eaten by other animals. Appallingly, the animals are usually conscious through much of the ordeal. 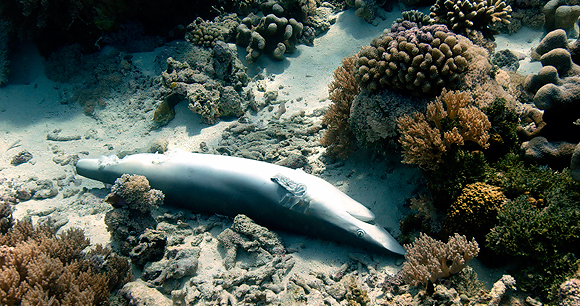 Approximately 50 million more sharks die annually as bycatch in unregulated fisheries, often through the use of destructive and indiscriminate fishing methods such as longlines, gillnets, and trawls. The international shark fin trade is largely unregulated, so sharks caught accidentally are routinely killed for their fins.

Although over 100 shark species appear on the IUCN Red List of Threatened Species, less than half receive global protection through trade restrictions. The Convention on International Trade in Endangered Species of Wild Fauna and Flora (CITES) regulates international trade in species to ensure their survival. Those shark and ray species that are listed in the CITES appendices are mainly listed in Appendix II (for species that may become threatened with extinction unless trade is closely controlled). The only exceptions are all seven sawfish species, which in 2007 were added to Appendix I (for species considered endangered and for which most trade is prohibited).

In August 2019, at the 18th meeting of the Conference of the Parties to CITES, 18 species of sharks and rays—including shortfin and longfin mako sharks, six species of guitarfish, and 10 species of wedgefish—were added to Appendix II and thus gained some trade protections.

Because AWI feels that sharks still lack sufficient protections from the cruelty of shark finning and because of the fragility of shark populations, we are leading an effort to compel restaurants in US states and territories that currently serve shark fin soup, dumplings, and other shark fin products to cease. Read more about international efforts to protect sharks and AWI's shark fin campaign, including a list of restaurants to avoid in the US and Canada that offer shark fin soup.