Including Pets in Protection Orders: A State-by-State Guide

Why Should Pets be Included in Protection Orders?

Roughly two-thirds of all American households have at least one pet, and most treat their companion animals as beloved members of the family.1 Unfortunately, pets can also become victims of domestic violence. One survey found that 71 percent of pet-owning domestic violence survivors reported that their abusers had threatened, injured, or killed their pets (Ascione, 1998). Survivors sometimes refuse to leave violent relationships for fear of what will happen to their pets (Faver & Strand, 2003).

Domestic violence intake interviews do not typically involve questions about the presence of pets, and survivors seeking services may not volunteer that they have pets—under the false assumption that there are no resources available to care for them (Ascione et al., 2007). Domestic violence organizations often list resources for special-needs populations on their websites or in fact sheets—such as resources for individuals with disabilities, LGBT individuals, or homeless victims—but the mention of pet-owning survivors is less common.

Indeed, services to survivors of domestic violence with pets need to be expanded. In recognition of this, the provisions of the Pet and Women Safety (PAWS) Act, signed into law in 2018, establish a grant program for entities that provide shelter and housing assistance for domestic violence survivors to enable them to better meet the housing needs of survivors with pets.

Currently, there are approximately 1,200 programs that provide some level of assistance to survivors with companion animals. Of these, about 150 offer co-housing of the pet and domestic violence survivor. Other programs—either through fostering, offsite kenneling, or boarding at local veterinarians’ offices—place the pets in an environment where they are safe and can be later reunited with their family. All types of programs are listed in AWI’s Safe Havens for Pets of Domestic Violence Survivors directory.

In recognition of the importance of considering the welfare of applicants’ companion animals when issuing protection orders, more than two-thirds of states now have pet protection order laws. More state should follow. The next vital step after passage of these laws is for domestic violence survivors and their advocates to become aware that they exist and begin to use them. We hope that the information and the state-specific manuals provided here (see below) will assist in that effort.

Overview of the Legal Landscape

In 2006, Maine became the first state to pass legislation specifically to provide for pets to be included in protection orders. Currently 37 states, the District of Columbia and Puerto Rico have such laws.2 In general, there are two ways in which pets may be included in protection orders, though they are not mutually exclusive. First, a state’s law may include abuse or threatened abuse of an animal as an “underlying offense,” meaning the offense by itself forms the basis for requesting a protection order. Second, the law may include a “stay away and/or pet custody” provision specifically authorizing the court to restrain the abuser from harming an animal as part of the applicant’s requested relief, which may follow from any initial grounds for the protection order.

Regardless of whether a state has a specific pet protection order provision, most state temporary restraining orders (TROs) contain language that gives courts discretion to permit additional orders. A court can order pets to be included in a TRO just as it can provide for the temporary care of children or possession of property. Bond conditions also can include pets. And a TRO can authorize law enforcement to assist with the removal of a pet from a home. Therefore, even if a state does not have a pet protection order statute, a petitioner should include incidents of pet abuse or threatened abuse in the complaint or petition and request that the court include pets in the property or “other relief” section of the protection order to cover the pets.

The map below shows which states have laws that specifically provide for the inclusion of companion animals in domestic violence protection orders. 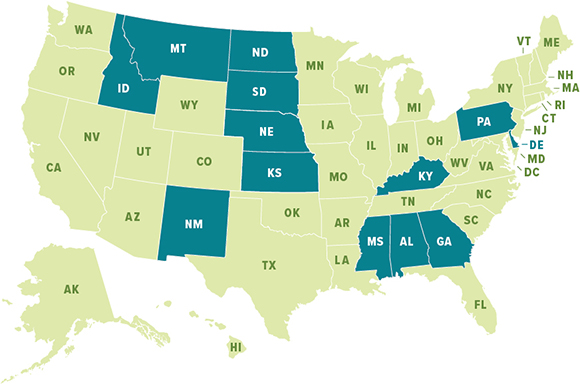 In November 2014, AWI began publishing state manuals designed to enable lawyers and advocates to further assist domestic violence survivors by getting their companion animals included in protection orders. Compiled by attorneys working with AWI staff, the manuals summarize legal issues surrounding the inclusion of pets in civil protection orders, give details about the laws in that specific state, and provide links to relevant forms and outside resources.3

See the menu below for each state manual completed thus far. AWI plans to produce a similar resource for every state to make this critical information available to attorneys and advocates nationwide.

3. The information provided in these manuals should not be considered legal advice or a substitute for legal advice. Those seeking to escape domestic violence or seeking to assist such individuals should obtain professional legal aid before petitioning a court for protection or other relief.