Organizations Petition EPA to Halt Use of Deadly Predator Poison 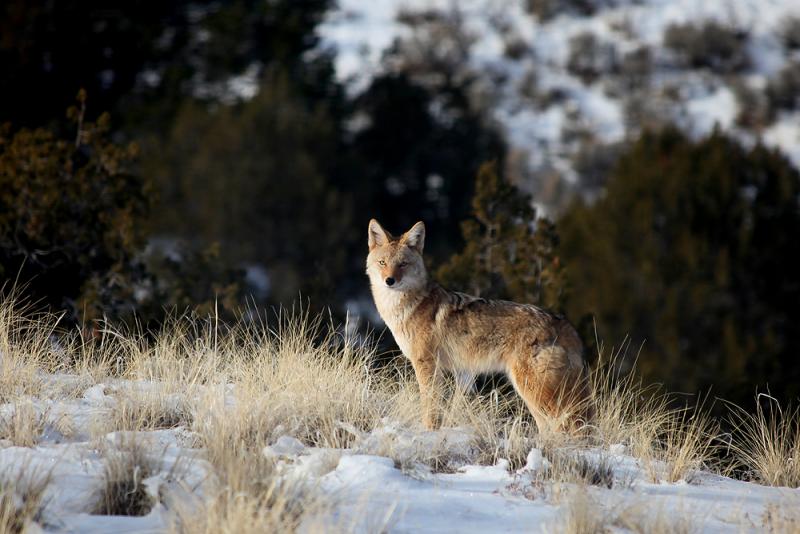 Washington, DC—Five animal protection organizations submitted a petition today to the Environmental Protection Agency (EPA), asking the agency to cancel its registration for sodium fluoroacetate, a pesticide commonly known as Compound 1080. Currently, the pesticide is permitted for use in “livestock protection collars”—one of the devices that agents of the US Department of Agriculture’s Wildlife Services program use to kill thousands of coyotes each year.

The Animal Legal Defense Fund, the Animal Welfare Institute, the Center for Biological Diversity, Predator Defense, and Project Coyote are requesting that the EPA suspend and ultimately cancel the registration for Compound 1080 due to its violation of the Federal Insecticide, Fungicide, and Rodenticide Act (FIFRA). According to the petition, because coyotes have never been declared a pest or found to be “injurious to health or the environment,” as defined under FIFRA, pesticides (including Compound 1080) cannot lawfully be used to kill the animals.

“Compound 1080 is dangerous, outdated, and completely unnecessary when it comes to predator control,” said Tara Zuardo, wildlife attorney with the Animal Welfare Institute. “Its use simply has no place within the law and our environment.”

The petition details the high risks presented by Compound 1080 for both people and nontarget wildlife, including its lethality in small doses and the absence of effective treatments. It also summarizes scientific studies showing that use of this exceptionally dangerous toxicant to kill coyotes is irresponsible and dangerous for all parties involved.

“We must stop the barbaric practice of poisoning predators,” said Collette Adkins, senior attorney and biologist at the Center for Biological Diversity. “Banning this poison would protect rare predators such as wolves and grizzlies, as well as scavengers such as eagles that die after feeding on the poisoned carcasses. More effective, humane and targeted methods of protecting livestock should be used instead.”

The organizations also argue that adequate and effective alternatives to Compound 1080 exist and are generally preferred for protecting livestock from coyotes. These include nonlethal methods such as fencing, guard animals, range riders, automated alarms and other scare devices.

“Compound 1080 poisoning is the most inhumane, torturous way for an animal to die," said Brooks Fahy, executive director of Predator Defense. "Victims experience a horrifying death that may last hours to days, with symptoms that include vomiting, involuntary hyperextension of the limbs, convulsions, heightened anxiety, hallucinations, intense pain, deep depression, and collapse. It’s well beyond time to ban 1080.”

“The best available science shows that coyotes are a valuable native carnivore that provide myriad benefits to humans and to the environment, including controlling rodent-born zoonotic diseases,” said Camilla Fox, founder and executive director of Project Coyote. “It’s time our federal government stop killing this important species with deadly poisons like Compound 1080.”

About the Animal Welfare Institute
The Animal Welfare Institute (http://awionline.org) is a nonprofit charitable organization founded in 1951 and dedicated to reducing animal suffering caused by people. AWI engages policymakers, scientists, industry, and the public to achieve better treatment of animals everywhere—in the laboratory, on the farm, in commerce, at home, and in the wild.

About Predator Defense
Predator Defense is a national nonprofit advocacy organization with over 15,000 supporters. It has been working since 1990 to protect native predators and end America’s war on wildlife in the field, on public lands, in Congress, and in courtrooms: http://www.predatordefense.org.