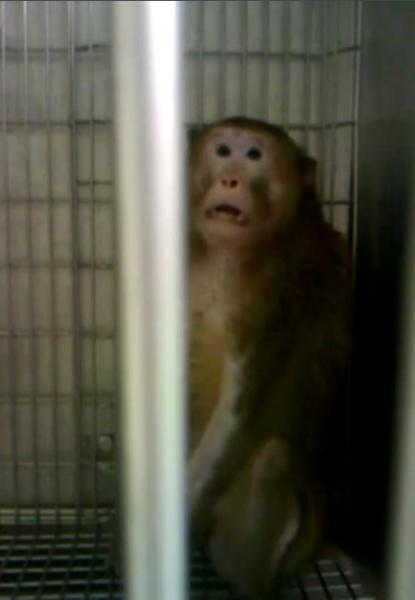 Washington, DC— The Animal Welfare Institute (AWI) denounces the US Department of Agriculture (USDA) for its weak settlement agreement with SNBL USA—a subsidiary of Japan-based Shin Nippon Biomedical Laboratories that allegedly committed dozens of Animal Welfare Act (AWA) violations over the course of five years, including actions that led to the deaths of 38 nonhuman primates.

SNBL, which calls itself "the experts in primate research," operates two facilities in the United States—in Everett, Washington, and Alice, Texas. It is a contract research organization that also imports, breeds, and sells nonhuman primates. The company has been on the USDA's enforcement radar since at least 2002, with stipulated penalty fines issued in 2006 ($31,852), 2008 ($12,937), and 2009 ($1,406). The USDA did not issue any fine, however, after a monkey was boiled alive in a cage washer at SNBL in 2007.

The settlement, reached on December 2, orders SNBL to cease and desist from violating the AWA and to pay a $185,000 fine. Under the agreement, the facility’s license will also be suspended for 30 days beginning December 22 and restored after it successfully demonstrates that it is in compliance with the AWA. Compliance will be determined following scheduled USDA inspections; such inspections are traditionally unannounced to prevent facilities from covering up possible violations.

“Given that this is the fourth enforcement action against SNBL, the USDA’s abdication of its responsibility to enforce the AWA is shameful and a major setback for proper enforcement of the law,” said Cathy Liss, president of AWI. “Not only is the financial penalty tiny for a business whose parent company has a market value of nearly $200 million, but the short-lived suspension overlaps with the holiday season—when operations are traditionally slow, anyway. Thus, the USDA is providing no forceful repercussions that would induce SNBL or other such entities to comply with the law.”

As reported in the Houston Press, prior to the settlement agreement, the USDA—in concert with SNBL—filed a “motion to seal” to prevent vital facts from this case being made available to the general public. This motion—ultimately granted—was filed weeks after AWI obtained the original, unredacted USDA complaint against the company via a Freedom of Information Act request. It was only after the incriminating allegations detailed in the complaint resulted in widespread media coverage that the USDA filed the motion. As a result, a redacted complaint has now replaced the original document on the hearing docket, with crucial information blacked from the public eye. The motion to seal indicated a buckling by the USDA to the wishes of the company to keep the case details quiet.

The outcome of the SNBL case pales in comparison to the settlement agreement reached in May 2016 of the multiple complaints against Santa Cruz Biotechnology, Inc. (SCBT)—another huge commercial operation licensed as a dealer and registered as a research facility that was accused of numerous serious AWA violations dating back to 2002. The unprecedented settlement agreement in the SCBT case resulted in the cancellation of the facility’s research registration, revocation of its dealer license, and payment of a historic $3.5 million civil penalty.

To view documents surrounding this case, including the recent settlement agreement, the motion to seal, and the complaint the USDA filed against SNBL, and to learn about AWI’s actions surrounding the facility, please visit http://awionline.org/snbl.