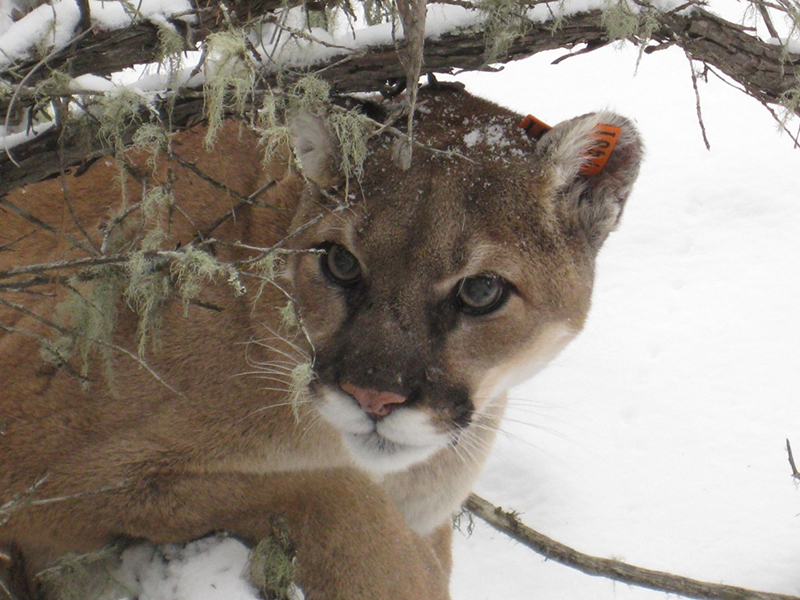 “Mendocino County is using taxpayer money to kill its native wildlife, which is highly valued by many Mendocino residents,” said Elly Pepper, Natural Resources Defense Council wildlife advocate. “Instead, it should put that money towards nonlethal practices, which preserve our native wildlife while effectively deterring predators from livestock.”

According to the complaint, the county’s renewal of the contract violates the California Environmental Quality Act (CEQA) and a previously signed settlement agreement, in which the county agreed to comply with CEQA before renewing its contract with Wildlife Services. The coalition consists of the Animal Legal Defense Fund, the Animal Welfare Institute, the Center for Biological Diversity, the Natural Resources Defense Council, Project Coyote, and a Mendocino County resident.

“By claiming exemptions from CEQA, Mendocino County is attempting to avoid performing any environmental studies on Wildlife Services’ environmental impacts,” stated Tara Zuardo, wildlife attorney with the Animal Welfare Institute. “Through this lawsuit, we hope to ensure Mendocino County officials follow through on the obligations they agreed to in our settlement agreement.”

Mendocino County’s previous $144,000 contract authorized the U.S. Department of Agriculture’s Wildlife Services program to kill hundreds of coyotes, as well as bears, bobcats, foxes and other animals in the county every year, without fully assessing the ecological damage or considering alternatives.

Although hundreds of county residents sent postcards and letters to the Board of Supervisors and showed up to make public comment at two meetings, the Board renewed the contract without taking the time to fully investigate the program, learn about the public’s concerns, and consider alternatives, as required by CEQA.

”Unfortunately, despite the county’s promise to consider nonlethal alternatives that are better for wildlife and taxpayers, county supervisors decided to do an end run around the law,” said Amy Atwood of the Center for Biological Diversity. “They have misled and disappointed hundreds of their constituents.”

Wildlife Services’ indiscriminate killing of millions of animals annually has many damaging impacts on the environment. Peer-reviewed research shows that such reckless slaughter of animals—particularly predators—results in broad ecological destruction and loss of biodiversity. The program’s controversial and indiscriminate killing methods are employed largely at the behest of ranchers to protect livestock and have come under increased scrutiny from scientists, the public, and government officials. In addition, the agency has been responsible for the countless deaths of threatened and endangered species, as well as family pets.

“ALDF and its allies will continue to push for CEQA compliance and wildlife protection in Mendocino County,” said Stephen Wells, executive director of ALDF. “California deserves more than shady dealings from their elected officials.”