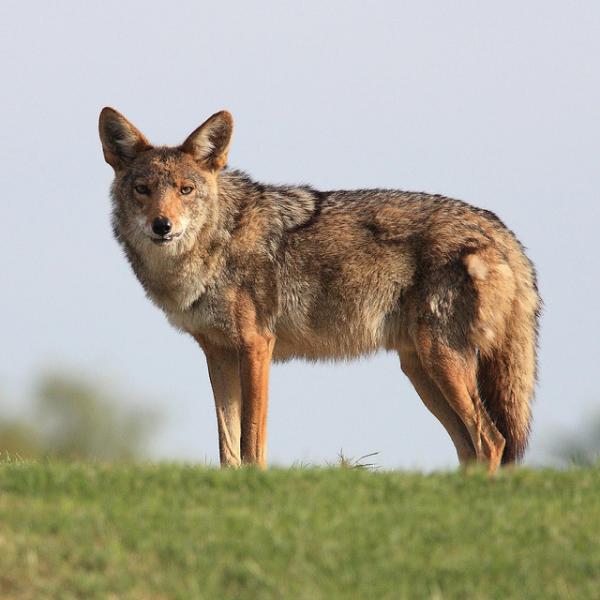 Mendocino, CA–In response to legal pressure from a coalition of animal protection and conservation groups, Mendocino County officials agreed today to suspend the renewal of the county’s contract with the notorious federal wildlife-killing program known as Wildlife Services, pending an environmental review that will include consideration of nonlethal predator control methods. The county’s decision came after the coalition, and a Mendocino resident, filed a lawsuit against the county in November for violating the California Environmental Quality Act. As a result of that agreement, the coalition has agreed to dismiss its lawsuit.

Mendocino County’s previous $142,356 contract authorized the US Department of Agriculture’s Wildlife Services program to kill hundreds of coyotes, as well as bears, bobcats, foxes and other animals in the county every year, without assessing the ecological damage or considering alternatives.

Today’s agreement was set in motion in July 2014, when the coalition, which includes the Animal Legal Defense Fund, the Animal Welfare Institute, the Center for Biological Diversity, the Natural Resources Defense Council, and Project Coyote, urged the Mendocino County Board of Supervisors to terminate the taxpayer-funded contract with the Wildlife Services program and conduct a legally required environmental review. As part of that settlement, the county has agreed to fully evaluate nonlethal predator control alternatives submitted by the coalition. The benefits of nonlethal tactics like those used in Marin County will be highlighted during a coalition presentation by Project Coyote’s Camilla Fox on May 5. The community is encouraged to attend.

Background
Nearly 15 years ago, Marin County replaced its Wildlife Services contract with a nonlethal predator control program that decreased predation by 62 percent at one third the cost. And in 2013, in response to a letter from the Animal Legal Defense Fund, Sonoma County’s Board of Supervisors opted not to renew that county’s contract with Wildlife Services.

In California, 80,000 animals are trapped and killed each year by Wildlife Services on behalf of commercial agriculture. Nationwide, Wildlife Services has spent approximately $1 billion over the past 15 years to kill 1 million coyotes and a host of other wild animals. In 2013 alone, it killed at least 4 million animals. And former employees have reported that the program dramatically under reports the number of animals killed. Peer-reviewed research shows that such reckless slaughter of animals, particularly predators, causes broad ecological destruction and loss of biodiversity.

Wildlife Services has been the subject of increasing controversy in recent years. Its employees have drawn public attention to the program’s routine acts of reckless cruelty. One was charged with animal cruelty for intentionally maiming his neighbor’s dog with a steel-jaw leghold trap. Another posted pictures on social media of his hunting dogs mauling coyotes caught in traps. More than 120,000 people signed an online petition demanding this employee’s termination and requesting an investigation into reports of animal cruelty by other Wildlife Services employees. The program is currently under investigation by the USDA’s Office of the Inspector General.

The coalition was represented in the lawsuit by Wilson Sonsini Goodrich & Rosati.

Copies of the complaint and settlement are available upon request.