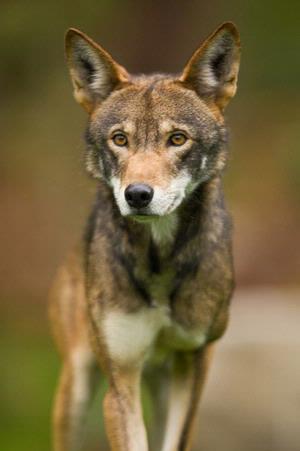 Washington, DC—The United States Fish and Wildlife Service (USFWS) issued an announcement today on the future of the red wolf recovery program, including both for captive wolves and the wild red wolves, the only wild population on the planet, reintroduced into eastern North Carolina in 1987.

Notably, the USFWS announced the following next steps for the program, steps that will effectively undermine decades of red wolf recovery and threaten the very survival of the species in the wild:

As of two years ago, red wolves numbered 90-110 in the wild. The USFWS suddenly halted all recovery efforts, however, announcing that it was conducting an independent evaluation of the program, including assembling a “red wolf recovery team” that included state officials and public landowners who had actually called for an end to the program. After the USFWS halted its recovery activities, the wild red wolf population dropped to approximately 28 monitored individual wolves in five packs, with only three known breeding pairs. The program now is in such dire condition that the USFWS admitted that continuing to manage in this manner would likely lead to the species’ extirpation within eight years.

In response to the decision, Tara Zuardo, wildlife attorney with the Animal Welfare Institute, stated:

“Today’s announcement comes as a blow to the first carnivore reintroduction program that was extremely successful until the USFWS turned its back on the program. Unfortunately, it ensures that the agency will continue to capture, and allow private landowners to capture, red wolves from private land, holding them in confinement for weeks or months, far from their home territory.

The decision also essentially terminates wild red wolf recovery in eastern North Carolina, as the wolves there will be restricted to the federal refuge and bombing range within Dare County, while it appears that wild-born wolves will be relegated to a lifetime in captivity.

After decades of success and millions of taxpayer dollars, the USFWS is abandoning what had been a viable wild red wolf population in North Carolina. Instead, the Service is committing to an increased captive population of wolves, raised in zoos with virtually no hope of ever living in the wild.”