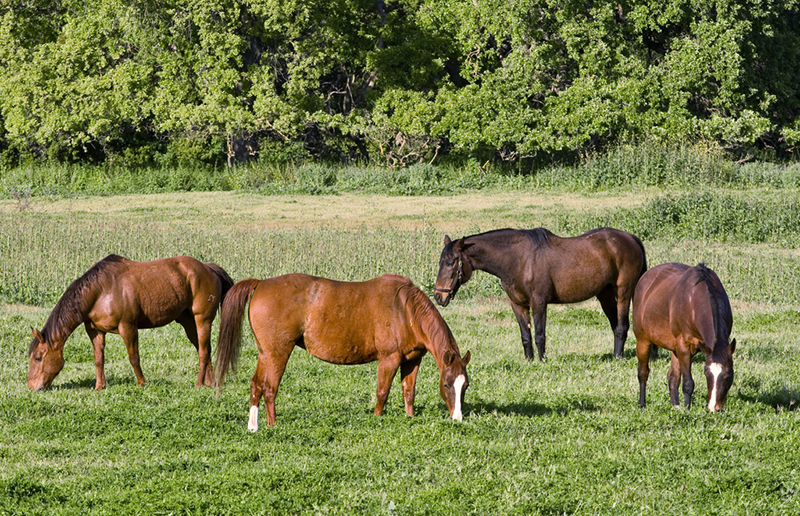 Washington, DC—Federal lawmakers have introduced legislation to prevent the establishment of horse slaughter operations within the US, end the current export of American horses for slaughter abroad, and protect the public from consuming toxic horse meat. The Safeguard American Food Exports (SAFE) Act, H.R. 113, was introduced by Reps. Vern Buchanan (R-FL), Jan Schakowsky (D-IL), Ed Royce (R-CA), and Michelle Lujan Grisham (D-NM). The Animal Welfare Institute (AWI), the ASPCA® (the American Society for the Prevention of Cruelty to Animals®), The Humane Society of the United States and The Humane Society Legislative Fund announced their enthusiastic support for the legislation.

Approximately 130,000 American horses are shipped to Canada and Mexico each year to be slaughtered for human consumption in foreign countries. The animals often suffer long journeys to slaughter plants without adequate food, water or rest. At the slaughterhouse, horses are brutally forced into a “kill box” and shot in the head with a captive bolt gun in an attempt to stun them before slaughter—a process that can be inaccurate due to the biology and fight or flight nature of equines. As a result, some horses endure repeated blows or remain conscious during the kill process.

“The slaughter of horses for human consumption is a barbaric practice that must end,” said Rep. Buchanan.

“Horses sent to slaughter are often subject to appalling, brutal treatment,” said Rep. Schakowsky. “I am proud to once again join a bipartisan group of colleagues in reintroducing the Safeguard American Food Exports (SAFE) Act, which will ensurethat these majestic animals are treated with the respect they deserve.”

"The bipartisan SAFE Act isn't just the humane thing to do for horses, it also shields the American people from the significant risks that come with consuming horsemeat," said Rep.Royce. "This is an opportunity to both bolster consumer safeguards and protect America’s horses; it's a win-win."

"In addition to the fact that horse slaughter is inhumane and causes great pain and distress to the animals, the practice also poses environmental and food safety concerns,” said Rep. Lujan Grisham. “Horses are not intended for human consumption, and as a result, often contain unregulated drugs. We must end the export of American horses for slaughter abroad from both a moral and public health standpoint."

The SAFE Act would also protect consumers from dangerous American horse meat, which can be toxic to humans due to the unregulated administration of drugs to horses. Horses are not raised for food, and they are routinely given hundreds of toxic drugs and chemical treatments over their lifetimes that are potentially toxic to humans if consumed – and many of which are prohibited by the US Food and Drug Administration for use in animals intended for human consumption.

At a time when Congress is so focused on fiscal responsibility and the budget of the USDA’s Food Safety Inspection Service is already stretched thin, the USDA should not expend taxpayer funding for a new program to slaughter horses when the majority of Americans oppose the practice.

AWI, the ASPCA, The HSUS and HSLF encourage the public to contact their US representatives and urge them to cosponsor the SAFE Act, H.R. 113, in order to protect America’s horses and overall consumer health from horse slaughter.

About AWI
The Animal Welfare Institute (www.awionline.org) is a nonprofit charitable organization founded in 1951 and dedicated to reducing animal suffering caused by people. AWI engages policymakers, scientists, industry, and the public to achieve better treatment of animals everywhere—in the laboratory, on the farm, in commerce, at home, and in the wild. Follow us on Facebook and Twitter for updates and other important animal protection news.

About the ASPCA®
Founded in 1866, the ASPCA® (The American Society for the Prevention of Cruelty to Animals®) is the first animal welfare organization in North America and serves as the nation’s leading voice for animals. More than two million supporters strong, the ASPCA’s mission is to provide effective means for the prevention of cruelty to animals throughout the United States. As a 501(c)(3) not-for-profit corporation, the ASPCA is a national leader in the areas of anti-cruelty, community outreach and animal health services. For more information, please visit www.ASPCA.org, and be sure to follow the ASPCA on Facebook, Twitter, and Instagram.

About The HSUS
The Humane Society of the United States is the nation’s largest animal protection organization, rated most effective by our peers. For 60 years, we have celebrated the protection of all animals and confronted all forms of cruelty. We are the nation’s largest provider of hands-on services for animals, caring for more than 100,000 animals each year, and we prevent cruelty to millions more through our advocacy campaigns. Read more about our 60 years of transformational change for animals and people, and visit us online at humanesociety.org.

About HSLF
The Humane Society Legislative Fund is a social welfare organization incorporated under section 501(c)(4) of the Internal Revenue Code and formed in 2004 as a separate lobbying affiliate of The Humane Society of the United States. The HSLF works to pass animal protection laws at the state and federal level, to educate the public about animal protection issues, and to support humane candidates for office.