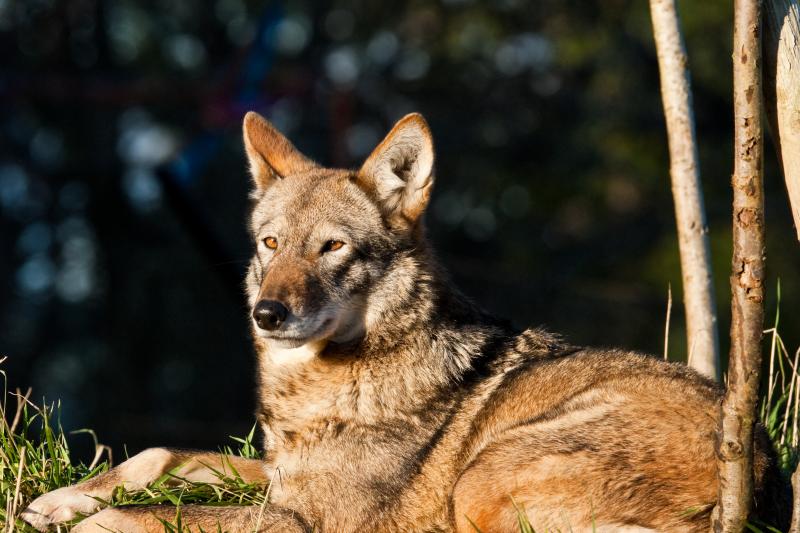 Washington, DC—Seven animal protection and conservation organizations issued a petition today to the US Department of Interior (DOI) and the US Fish and Wildlife Service (USFWS) urging them to fulfill their obligation to develop an updated recovery plan for the rapidly dwindling population of wild red wolves. The petitioners include the Animal Welfare Institute (AWI), the Center for Biological Diversity, Defenders of Wildlife, Endangered Species Coalition, South Florida Wildlands Association, Wild Earth Guardians, and the Wolf Conservation Center.

The petition requests that the USFWS revise its red wolf recovery plan—unchanged since its creation in 1990—to ensure it utilizes the best available science and complies with the Endangered Species Act. While some of the analysis and many of the identified conservation actions in the original red wolf recovery plan remain relevant today, the petitioners argue that circumstances have changed and much has been learned in the intervening years.

“Experts in red wolf ecology, genetics, and biology have published significant scientific research since the plan was created over a quarter century ago,” stated Tara Zuardo, AWI wildlife attorney. “An amended recovery plan based on the best available science is vital to ensure that red wolves survive in the wild.”

The petition includes information about threats to the red wolf and strategies the USFWS could use to address those threats. The petitioners advocated that the revised plan should:

“The red wolf is teetering on the brink of extinction but it can be saved by implementing a revised recovery plan,” said Collette Adkins, a biologist and senior attorney at the Center for Biological Diversity. “A new recovery plan would serve as a road map, outlining all the necessary steps to ensure that future generations have a chance to see these beautiful wolves in the wild.”

The petitioners request a prompt response confirming that the DOI and USFWS have begun work on an updated plan for the red wolf, a timeline for completing the recovery planning process, and implementation of recovery strategies necessary for the species.

This petition comes on the heels of a letter issued yesterday to Interior Secretary Sally Jewell, calling on her to override the USFWS’ recent decision to slash its recovery program for red wolves. The letter—issued by Ranking Member Raúl M. Grijalva (D-Ariz.) and eight other members of Congress—points out that the decision was made despite scientific consensus that red wolf recovery can succeed if the agency continues and amplifies its former efforts.

About the Animal Welfare Institute
The Animal Welfare Institute (awionline.org) is a nonprofit charitable organization founded in 1951 and dedicated to reducing animal suffering caused by people.  AWI engages policymakers, scientists, industry, and the public to achieve better treatment of animals everywhere—in the laboratory, on the farm, in commerce, at home, and in the wild.