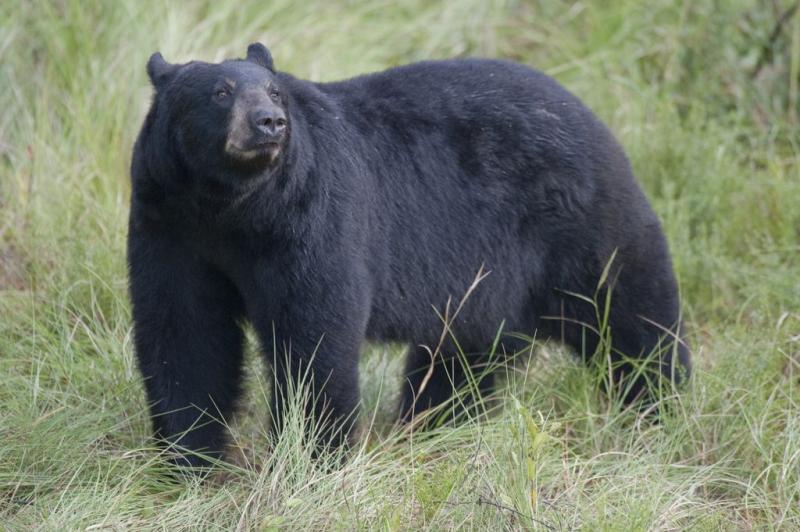 Tallahassee, Florida—Local, state and national animal protection and environmental organizations filed a “friend of the court” brief today in support of a lawsuit to stop the impending trophy hunt of Florida black bears, an iconic and rare species with a long history of threats to its survival.

Despite overwhelming public opposition to the hunt, the Florida Fish and Wildlife Conservation Commission authorized the killing of 320 of the bears—an estimated 20 percent of the population—starting Oct. 24. The coalition is calling for the cancellation of the hunt, which would cause irreparable harm to an already fragile species and undermine decades of work to save the bears from extinction. The commission received more than 191,000 comments about the hunt—with more than 98 percent opposed.

The local, state and national organizations joining the legal action to stop the hunt include the Animal Legal Defense Fund (ALDF), Animal Hero Kids, the Animal Rights Foundation of Florida, the Animal Welfare Institute (AWI), the Center for Biological Diversity (the Center), CompassionWorks International, Environmental Action (EA), the Jungle Friends Primate Sanctuary, Lobby for Animals, South Florida Wildlands Association (SFWA), and Stop the Florida Bear Hunt. These organizations collectively represent the interests of more than 106,000 Floridians who care deeply about the Florida black bear and are opposed to its looming slaughter.

“Next month’s planned trophy hunt of the Florida black bear is nothing more than the misguided slaughter of an iconic Florida species,” said Stephen Wells, executive director of ALDF. “It will do little to reduce human-bear conflict, and threatens irreparable harm to the bear population and the Floridians who care about the bears’ future survival.”

“Florida black bears represent a wild and free Florida, and should be valued as treasures, not trophies,” said Jaclyn Lopez, Florida director at the Center. “The hunt is ill-conceived and its administration has been poorly executed—the commission needs to take a step back before it’s too late for these bears.”

The coalition submitted its brief in support of plaintiffs Speak Up Wekiva and Charles W. O’Neal, who recently brought an emergency motion to stop the hunt. A hearing on that motion is scheduled for 1:30 p.m. on Oct. 1 at the Leon County Circuit Courthouse, 301 South Monroe Street, Tallahassee, Florida.

Said Anthony Rogers-Wright, policy and organizing director of EA, “While unfortunate that it’s become necessary to turn to the courts to preserve Florida black bears, it is the result of a runaway commission that refuses to listen to the majority of Floridians who oppose this hunt, an incomplete scientific process bereft of integrity and no perception of objectivity. At this point, the right thing to do is suspend the sale of hunting permits.”

“Native species, like the Florida black bear, are losing ground to development and roads as our state's human population continues to soar,” said Matthew Schwartz, executive director of SFWA. “The best long-term solution is limiting growth to already urbanized areas, insuring adequate wildlife crossings on roads, and acquiring and maintaining sufficient public lands throughout the state so that wildlife and people can coexist into the future.”

“In Animal Hero Kids’ school presentations, the students voice their distress at this impending carnage in the woods,” said Susan Hargreaves, founder of Animal Hero Kids. “There is no way thousands of killers with guns, bow and arrows and dogs in ‘refuges’ can be watched; it will be a nightmare slaughter.”

“Not only is there insufficient scientific evidence that Florida black bears have recovered, but the hunting proposal inexplicably allows for cruel methods of take such as baiting and bear hounding, as well as the use of bows, crossbows, revolvers and muzzleloaders,” said Tara Zuardo, wildlife attorney at AWI.

It is estimated that there are only 2,500 to 3,000 Florida black bears left, yet the commission has already sold more than 2,200 permits to kill the bears during the October hunt. Because the commission has not established a reliable reporting mechanism, its quota of 320 bears is a meaningless safeguard. In addition, the commission’s own rules guarantee at least a two-day hunt, regardless of when the quota is met. For a population facing intensifying threats such as habitat degradation and mortality due to collisions with motor vehicles, the black bear hunt could be devastating.

Click here to view the “friend of the court” brief.