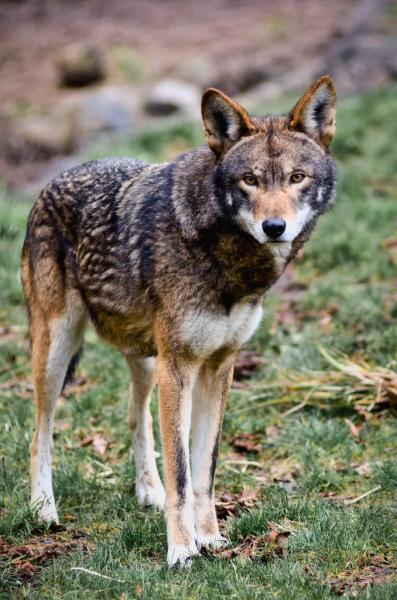 CHAPEL HILL, N.C.—Accidental shootings resulting in death or injury are a primary concern outlined in a court challenge filed today against an illegal, temporary state rule that allows spotlight hunting of coyotes at night throughout North Carolina, including in the area inhabited by the only wild population of red wolves, one of the world’s most endangered animals. The Southern Environmental Law Center filed the court challenge against the N.C. Wildlife Resources Commission and a request to stop the temporary rule in Wake County Superior Court on behalf of the Animal Welfare Institute, the Defenders of Wildlife, and the Red Wolf Coalition.

“As currently written, this spotlighting rule sets the stage for a tragedy of mistaken identity,” said Derb Carter, the senior attorney at the Southern Environmental Law Center who represents the groups in today’s filing.

After its proposed permanent spotlighting rule sparked concerns in public comment meetings and over 30 objection letters, the N.C. Wildlife Resources Commission adopted the permanent rule as a temporary spotlighting rule, effective August 1, 2012, without sufficient grounds for doing so - which violates state law.

“The process used for this spotlighting rule is inconsistent with state law requirements for adopting rules under North Carolina law,” said Tara Zuardo, legal associate at the Animal Welfare Institute. “Not only did the commission flaunt established state law, they did so without regard to the serious impact on a critically endangered species.”

Gunshot deaths are a significant threat to red wolf (Canis rufus) recovery. Once extinct in the wild, the red wolf was reintroduced in the Alligator River National Wildlife Refuge. With only about 100 wild red wolves now living in five counties on the Albemarle Peninsula of eastern North Carolina, the wolves are frequently mistaken for coyotes even in daylight. Red wolves and coyotes are similar in appearance, coats, and coloring. Red wolf yearlings are similar in size and weight to coyotes.

“The risk of mistaken identity for red wolves only increases at night,” said Jason Rylander, attorney at Defenders of Wildlife. “This spotlighting rule sets endangered red wolves up for a double whammy—increasing risk of accidental gunshot mortality and setting back successful coyote control efforts in red wolf territory.”

“Because only one small population of wild red wolves exists, an increased loss of red wolves by gunshot could reduce their numbers to a point where they would not recover,” said Kim Wheeler, executive director of the Red Wolf Coalition. “At the same time, the loss of sterilized coyotes would make room for new unsterilized coyotes in the red wolf recovery area, raising the risk of inbreeding and resulting in the loss of the red wolf species.”

In public comments on the proposed permanent rule to allow spotlight hunting, the U.S. Fish and Wildlife Service echoed these concerns, stating that spotlight hunting “will impact and potentially threaten the recovery of the endangered red wolf.”  The U.S. Fish and Wildlife Service also raised concerns about the safety of its personnel who handle coyotes or wolves at dusk, citing the fatal shooting at Georgia’s Ocmulgee Bluff Equestrian Trailhead of National Forest Service officer Christopher Upton that occurred when a hunter believed he was shooting at the reflection of a coyote’s eyes at night.  The National Forest Service raised similar concerns about safety for its personnel and people using national forests for recreation who may be present at night and difficult to see.

Although the temporary rule requires a permit to spotlight hunt coyotes on public lands, it does not clarify for hunters what kind of permit is required or whether, and to what extent, the public land managers have the authority to preclude or set limitations on spotlight coyote hunting on the public lands within their jurisdiction.

North Carolina is home to the only wild population of red wolves.  Red wolves bred in captivity were reintroduced on a North Carolina peninsula within their native range in the late 1980’s after red wolves were declared extinct in the wild. Once common throughout the Southeast, intensive predator control programs and loss of habitat decimated wild red wolf populations.

About the Animal Welfare Institute
The Animal Welfare Institute (www.awionline.org) is a non-profit charitable organization founded in 1951 and dedicated to reducing animal suffering caused by people.  AWI engages policymakers, scientists, industry, and the public to achieve better treatment of animals everywhere—in the laboratory, on the farm, in commerce, at home, and in the wild.

About Southern Environmental Law Center
The Southern Environmental Law Center,www.SouthernEnvironment.org, is a regional nonprofit using the power of the law to protect the health and environment of the Southeast (Virginia, Tennessee, North and South Carolina, Georgia, and Alabama). Founded in 1986, SELC's team of more than 50 legal and policy experts represent more than 100 partner groups on issues of climate change and energy, air and water quality, forests, the coast and wetlands, transportation, and land use.