Laboratory rabbits (Oryctolagus cuniculus) are usually housed singly in conventional cages, which allow easy identification and accurate monitoring of food and water consumption. Even if the cages meet federal regulations for size, they tend not to provide enough space for natural behaviors, such as standing upright or hopping. Regulation cages limit visibility and social interaction. In our roles as the laboratory animal technicians at the Freimann Life Science Center, University of Notre Dame, we have observed abnormal behaviors such as bar chewing, which can lead to broken teeth, excessive grooming, and gastrointestinal problems1.

In an attempt to eliminate these undesirable behaviors, we decided to group-house some of the rabbits involved in long-term research studies. We wanted to provide an area that would promote conspecific interactions, such as mutual grooming and huddling together (Fig. 1). we added large tubes and elevated platforms as enrichment devices to encourage playing, hopping, and chasing, while also providing an area for escape2,3.To promote foraging4, we scattered unscheduled treats in the substrate materials (i.e., corn cob bedding, Fig. 2). These treats included dry cereal5, apples, carrots, and Rabbit Stix (BioServ©, A Holton Industries Co., Frenchtown, NJ). 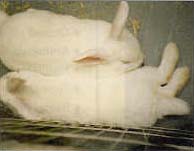 FIGURE 2. Apples, dry cereal, and carrots are scattered throughout the substrate to encourage foraging.

Human interaction with the rabbits also increased, as the rabbit room became the highlight of the facility's guided tours. Several times each month, groups ranging in age from toddlers to adults tour the facility and see the group-housed rabbits. Members of the tour groups often hold and give the rabbits treats. Our outreach program takes these animals to local schools to bring veterinary science to the classroom.

The facility purchased the five adult male New Zealand White Rabbits used for this grouping from Hazelton Research Products, Inc., Denver, PA [Hra:(NZW)SPF] Two of the rabbits were older than the other three (DOB 6/29/91 an 4/10/93, respectively). Prior to grouping, each rabbit was housed individually for at least two years .

To prevent the rabbits from acquiring self-induced injuries, such as back or leg bone fractures, we exercised each rabbit on the floor in the room designated for the group housing six weeks prior to grouping. Injuries can result from the weakening of bones and loss of coordination in long-term confined caging4. Initially, we exercised the rabbits individually for 10-15 minutes daily. After a few weeks, we exercised two or more rabbits together for longer periods (30-45 minute sessions). This practice helps acquaint them with each other4.

Two of the younger rabbits tended to mount their companions, a behavior that provoked fights. Three weeks before placing them into a group we castrated all five rabbits4,5. There was a reduction of mounting and consequently a reduction in the frequency and severity of the fighting. Yet, minor conflicts continued to occur on occasion.

Prior to grouping, all rabbits had a complete physical exam, during which time we recorded an accurate weight. Each rabbit receives a thorough exam at least once a month6. During the first few days, we allowed the rabbits to roam the floor during the day and individually housed them in their cages at night. After they displayed sufficient signs of compatibility–such as lying next to each other, sharing a feed bowl, and mutual grooming–we housed them on the floor continuously.

The enclosure contained feed bowls, water bottles, and enrichment devices within the enclosure. Corn cobs and corn husks serve as bedding. We use four enrichment devices for the rabbits: a PVC pipe 18" x 2' 4" (Fig. 3), a barrel cut 18" high with a 7" x 11" hole and a solid top (Fig. 4), a 7" x 1 ' x l' cage turned upside down, and four mop buckets turned upside down with a Rubbermaid© shelf on top. We change the devices weekly for variety2,5, and we also give the rabbits baby toys (plastic keys and rattles) to shake, toss, and chew. 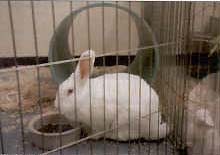 FIGURE 3. An 18" x 2' PVC pipe is placed in the enclosure to provide an escape and/or play aea. 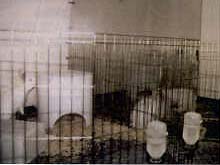 FIGURE 4. A view of the entire room shows the use of a cut barrel and an upside-down rodent cage. Note the plexiglas placed between the two dog pens, to prevent fighting.

The original enclosure was a 6 1/2' x 9' space marked off by a portable dog pen stretched across the room. Velcro© held the pen to the walls, allowing easy removal for cleaning. Six days passed without incident. Then a major conflict resulted in all but one rabbit suffering some kind of minor injury. Since we still felt it necessary to house them on the floor, we tried to resolve the problem by separating the older rabbits from the younger. We put up a second dog pen and created two circular areas. Unfortunately, the rabbits soon learned to fight through the holes in the pen.

We then decided to place a piece of plexiglass (4' x 5 ') down the middle of the room. Brackets bolted the plexiglass to the wall (Fig. 4). We changed the mounting for the dog pens from Velcro© to cable ties slipped through eye-hole screws mounted in the wall. Cable ties hold the sides of the pens to the plexiglass. We had to make holes in the plexiglass, and cut off the excess length of the ties to prevent the rabbits from chewing them. The plexiglass allowed for visibility, and the dog pens provided visibility, ventilation, and a place to hang the water bottles.

Within the new configuration of the two pens with a divider, the rabbits adjusted well to their environment. We observed the rabbits interacting with all enrichment devices, with the 18" PVC pipe being the one they used most often as a hiding place. The rabbits displayed many natural behaviors, such as hopping, standing on their hind legs, and social interaction. The overall general health of the animals has also improved. All rabbits lost an average of 0.5 pounds. In the past, the two older rabbits had problems with pododermatitus, an inflammation of the bottom of the paws. Since being housed on the floor, neither rabbit has had any sores. We have also seen an improvement in the rabbits' behavior when interacting with humans. Even when strangers go into the room and offer them treats, the rabbits will come to the front of the enclosure to accept them.

Arranged in this fashion, the room is easily cleaned by disconnecting the cable ties and removing the portable dog pens and rabbits to the hallway, allowing for a space of at least three feet between the pens to prevent fighting. We use a shovel to scoop up the soiled bedding, and clean the urine scale with a diluted descaler and thoroughly rinse it. Twice a week, we clean the floor with a suitable disinfectant4 and dry it with a wet-vac. We regularly inspect the floor molding to ensure that it has not come loose, as the rabbits will chew on it.

All requirements for lighting, sanitation, and size of the pens, etc. meet the standards set forth in the Guide for the Care and Use of Laboratory Animals7 and USDA regulations. The rabbits in this grouping are used strictly as blood donors and for educational purposes. Therefore, enriching their environment had no effect on any scientific results.

Most laboratory animals spend their lives in cages, except for the few minutes or hours they are used for procedures and research. By enriching their environment, we can reduce stress and discomfort in research animals. Providing enrichment also gives the animal caretakers better knowledge of the animals and their natural behavior.

Thank you to Robert A. Spence, Jr. for assistance with constructing the enrichment devices, and Julie A. Ferraro for editorial and secretarial assistance.

7. Guide for the Care and Use of Laboratory Animals. ILAC, National Academy Press, Washington, DC, 1996.

Reproduced with permission of the publisher. Published in Lab Animal, Vol. 28 No. 4, 1997.