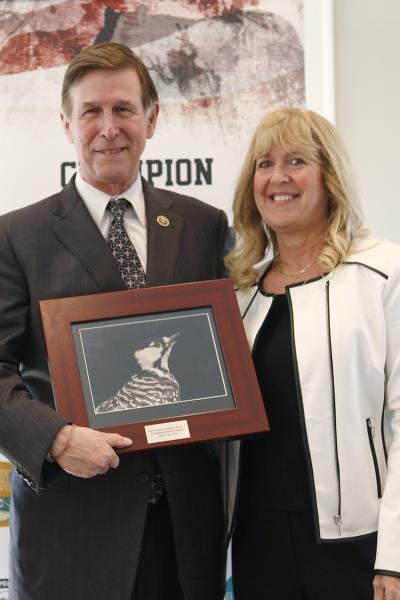 “We celebrate and honor these conservation leaders whose vision and leadership has created a legacy of immeasurable benefit to our environment, to our nation’s most imperiled wildlife, and to our communities. Their tireless support for wildlife is vital as powerful special interests continue efforts to weaken or eliminate the Endangered Species Act and other bedrock conservation laws grounded in science.”

The Endangered Species Act is more at risk today than ever before, as several members of Congress continue to push legislative agendas designed to undermine the Act, threatening public lands and iconic wildlife. Collectively, the legislative attacks on the Endangered Species Act introduced by this Congress represent the most sweeping attacks since the landmark conservation law was passed 43 years ago.