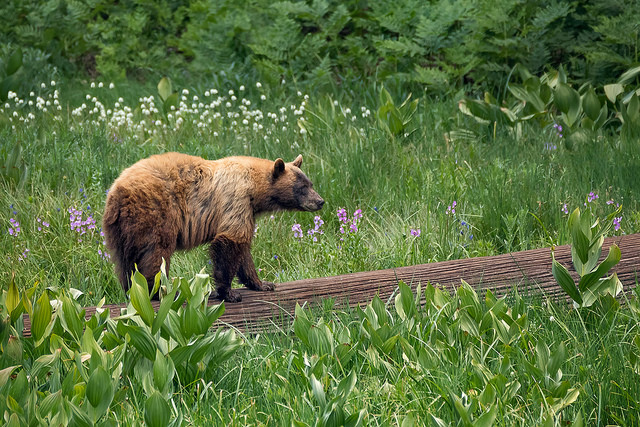 SALINAS, CA—The California Superior Court issued an order yesterday denying Monterey County’s motion to dismiss a lawsuit, filed in June by animal protection and conservation organizations, that challenges the county’s contract renewal with the US Department of Agriculture’s Wildlife Services. This notorious federal program has killed more than 3,000 coyotes, bobcats, mountain lions and other animals in the county in the past six years, largely in the name of protecting livestock.

Monterey County’s renewal of its contract with Wildlife Services violates the California Environmental Quality Act because the county failed to analyze environmental impacts and wrongfully claimed an exemption from the Act, according to the lawsuit. In today’s order the court rejected arguments made by the county that the wildlife conservation organizations brought their claim too late and against the wrong parties.

The lawsuit now moves forward, with the nonprofit organizations slated to submit their opening legal brief in November. The county has recently retained an outside law firm from Sacramento to represent it in the case.

“Monterey County taxpayers should be aware that they’re footing the bill for this program and for the county’s aggressive legal defense in this case,” said Collette Adkins, an attorney and biologist at the Center for Biological Diversity. “We hope our lawsuit spurs Monterey County to realize that people don’t want their tax dollars used to evade environmental laws and eradicate wildlife, such as coyotes and other predators, that control rodents to the benefit of the county’s farmers.”

“An increasing body of evidence demonstrates that Wildlife Services’ lethal predator-control program is ecologically destructive, ethically indefensible and economically unjustifiable,” said Camilla Fox, founder and executive director of Project Coyote. “This federal agency bears the burden of proof to justify its actions using the best available science, which we have demonstrated it has failed to do.”

“We are glad that the judge was not misguided by the tactics used to shirk the county’s responsibility to comply with CEQA before hiring Wildlife Services,” said Tara Zuardo, Animal Welfare Institute wildlife attorney.

Peer-reviewed research shows that such reckless slaughter of animals — particularly predators—results in broad ecological destruction and loss of biodiversity. The program’s controversial and indiscriminate killing methods have come under increased scrutiny from scientists, the public and government officials. Wildlife Services has killed many threatened and endangered species, as well as family pets.

The lawsuit is brought by a Monterey County resident, the Animal Legal Defense Fund, the Animal Welfare Institute, the Center for Biological Diversity, the Natural Resources Defense Council, Project Coyote and the Mountain Lion Foundation.

About the Animal Welfare Institute
The Animal Welfare Institute is a nonprofit charitable organization founded in 1951 and dedicated to reducing animal suffering caused by people. AWI engages policymakers, scientists, industry, and the public to achieve better treatment of animals everywhere—in the laboratory, on the farm, in commerce, at home, and in the wild. For more information, visit awionline.org.

About the Natural Resources Defense Council
The Natural Resources Defense Council (NRDC) is an international nonprofit environmental organization with more than 2 million members and online activists. Since 1970, our lawyers, scientists, and other environmental specialists have worked to protect the world's natural resources, public health, and the environment. NRDC has offices in New York City, Washington, DC, Los Angeles, San Francisco, Chicago, Bozeman, Montana, and Beijing. Visit us at www.nrdc.org and follow us on Twitter @NRDC.