Blood sampling via venipuncture is probably the most common experimental procedure that laboratory rhesus monkeys are subjected to. The procedure is generally unsatisfactory because of the animals' resistance to it. Such resistance may jeopardize unbiased research and should therefore be avoided. It has recently been shown that female rhesus monkeys can easily and quickly be trained to cooperate during in-homecage venipuncture (unpublished results). This training method was developed in an attempt to minimize distress reactions of research animals to blood collection.

The present investigation compares peripheral cortisol concentrations, taken as indicators of stress, in female rhesus monkeys during the new in-homecage venipuncture procedure with those of female rhesus monkeys during a conventional venipuncture procedure in which an animal is temporarily transferred from its homecage into a restraint apparatus. It was hypothesized that removal from the familiar homecage would be more distressing than actual venipuncture and that an animal's cortisol response would therefore be negligible during in-homecage venipuncture.

The study also addresses the question of whether subordinate partners of compatible pairs show higher cortisol concentrations, as a symptom of social distress, than their dominant companions. This issue has been raised repeatedly as a potential problem of pairing rhesus monkeys for the purpose of providing them means to express their social disposition.

Blood samples (1 cc) were collected from 25 adult (average age 11. 8 ± 3.5 yr), healthy, non- pregnant, and non-lactating female rhesus monkeys (Macaca mulatta) according to two protocols. In the conventional procedure, a monkey is removed from its homecage to a transport box and transferred into a restraint apparatus. A blood sample is drawn by puncturing a saphenous vein, after which the animal is returned to its cage and rewarded with favored food. In the improved procedure, a monkey is temporarily restrained in its homecage by means of the movable back wall of the cage, and a blood sample is taken by puncturing a saphenous vein (Fig. 1). The restraint mechanism is then released, and the animal is rewarded with favored food.

Ten single animals were assigned to the conventional procedure. They were accustomed to it for several years, and there was no need to force them to enter the transport box and the restraint apparatus. It was also not necessary to immobilize them in the restrainer since they readily presented a leg for venipuncture.

Fifteen animals were assigned to the improved procedure with which they were acquainted for 2-4 weeks. Five animals were singly housed, ten animals lived in five compatible pairs. Reducing their cage space by 75% with the movable back wall was sufficient to ensure their readiness to have a leg gently pulled through the open cage door and a blood sample drawn (Fig. 1). There was no need to immobilize them during this procedure.

Taking unidirectional fear-grinning and yielding as signs indicative of subordination, rank relationships of paired companions were determined one day before the first blood sample was collected.

Blood samples were collected by one caretaker with whom the animals were familiar. Each monkey was bled on a different day at 13:15 ± 1 min. and again at 13:30 ± 1 min. The first samples at 13:15 were used to assess basal cortisol concentrations. The second samples at 13:30 served to evaluate the magnitude of cortisol response 15 min. after venipuncture.

The animals were subjected to no external disturbance for 1.5 hr before the first blood drawing. The actual venipuncture occurred 60-90 sec after the caretaker had entered the animal room. Paired animals were not separated while one of them was venipunctured (Fig. 1).

Blood samples were centrifuged at 2,000 rpm for 10 min. and the serum stored at - 20T within I hr of collection. Subsequent analysis for cortisol was done with a Clinical Assays Gamma Coat Cortisol Kit (Dade, Baxter Travenol Diagnostics, Cambridge, MA, USA). All samples were done in duplicate. 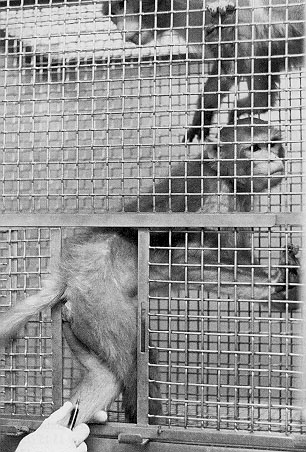 Fig. 1. Venipuncture of a paired female rhesus
monkey in her homecage with her companion.

This study demonstrates that temporarily removing a rhesus monkey from its homecage for venipuncture constitutes an avoidable disturbance for the research animal.

Cortisol concentrations were comparable in all three categories of animals during the first blood collection, probably because the time from the moment the caretaker entered the room to the moment of actual venipuncture was too short to allow for a measurable cortisol response. After 15 minutes, however, the magnitude of response was significant in animals that were removed from their homecage for venipuncture but not in those venipunctured at home. This suggests that the improved venipuncture procedure is less disturbing for the animals than the conventional procedure. Pair housing apparently does not interfere with in-homecage venipuncture, and the equivalent cortisol concentrations of subordinate and dominant partners indicate that living with a compatible companion does not constitute a distressing situation.

The findings lead to the conclusion that training rhesus monkeys for inhomecage venipuncture offers an important methodological improvement for research protocols that require blood collection of undisturbed animals.

We thank Mr. John Wolf for editing this manuscript. We are also grateful to two anonymous reviewers; the paper benefited from their constructive comments. The project was supported by USPHS, NIH grant RR-00167.

This article originally appeared in the Journal of Medical Primatology 19: 601-606 (1990).
Reprinted with permission of the Editor.