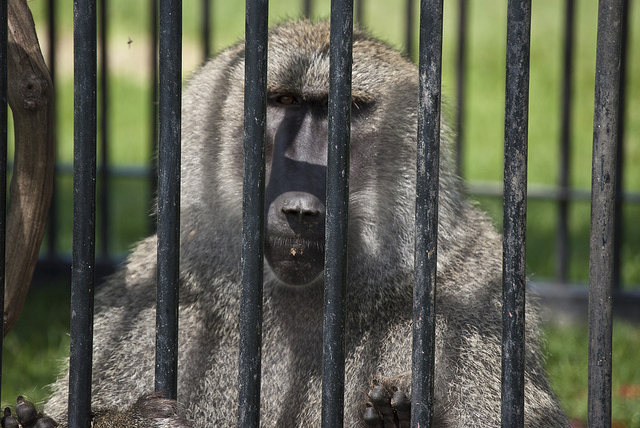 The USDA has already taken multiple enforcement actions against the exhibitor, dating back over 20 years—including three formal complaints. This most recent complaint, which alleges that Wild Wilderness has “willfully violated” the AWA, describes a multitude of extremely disturbing incidents from January 2012 to November 2016, including the following:

“This is one of the worst exhibitors in the country and has been for decades. It is appalling that they have been allowed to continue to operate,” said Cathy Liss, president of AWI. “Enough is enough. We strongly urge the USDA to seek revocation of Wild Wilderness’ exhibitor license, as well as a meaningful fine.”

According to the complaint and prior news reports, the facility poses a danger not only to its reported 886 animals (as of 2016), but also to visitors and its workers. Notable incidents involving harm to people include the following:

Incorporated in 1979, Wild Wilderness operates both a drive-through zoo and an adjacent walk-through zoo and petting area. In January 2012, the exhibitor was issued an official warning by the USDA for alleged AWA violations. Previous fines were levied by the USDA in 1992, 1998, 2002, and 2008. In 2002, Freddy Wilmoth, then-operator of the park, was sentenced to a six-month home confinement and a three-year probation and ordered to pay $10,000 in restitution after pleading guilty to violating the Endangered Species Act by brokering the sale of four tigers. According to media reports, Wilmoth convinced a veterinarian to sign a certificate that the tigers were old and deformed, telling her they would be sold at an auction.Instead, the tigers were subsequently killed for their hides and other body parts.