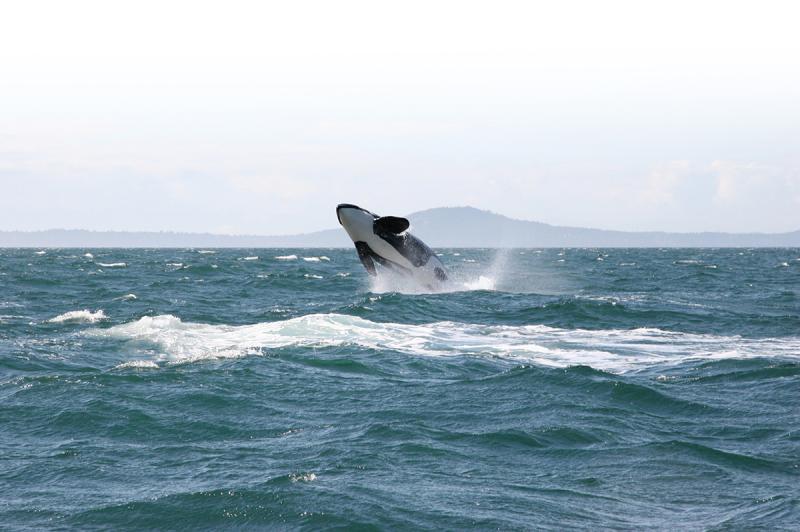 Washington, DC—The California legislature today sent historic legislation to Governor Jerry Brown that would prohibit the breeding and theatrical performance of captive orcas in California, as well as their export, consistent with federal law, out of North America.

The Animal Welfare Institute (AWI) was the co-sponsor of this legislation, along with former SeaWorld trainers Samantha Berg, Carol Ray, and John Hargrove. The sponsors and the author of the legislation, Assemblymember Richard Bloom (D-Santa Monica), worked for two years to secure its passage.

The effort to end the display of captive orcas in the California legislature began in 2014, with Bloom’s introduction of AB 2140. While the hearing for that bill in the Assembly’s Committee on Water, Parks, and Wildlife was generally favorable, the opposition of SeaWorld Entertainment, which holds 11 orcas in San Diego, was sufficient to keep it from a vote. In the interim, public pressure against the display of captive orcas, fueled by the documentary Blackfish, continued to mount. SeaWorld voluntarily announced in March of this year that it would end the breeding of its orcas company-wide and lifted its opposition to the measure. The bill was reintroduced as AB 2305 in the spring, renumbered AB 1453 earlier this month, and finally passed as part of a resources budget trailer bill today (SB 839).

“California can serve as a model for other states, including Florida and Texas where other orcas are displayed, to end the confinement in concrete boxes of these magnificent top ocean predators,” stated Dr. Naomi Rose, AWI marine mammal scientist. “AWI especially would like to thank Assemblymember Bloom, Assembly Speaker Anthony Rendon, Assembly Speaker Emeritus Toni Atkins, Senate President Pro Tem Kevin De Leon, Senator Mark Leno and Senator Benjamin Allen for their leadership to pass this unprecedented and important legislation.”