Despite the common assumption that individually caged rhesus monkeys are too aggressive to be socialized with another conspecific (Line 1987), two safe and inexpensive methods have recently been elaborated that permit the pairing of an adult rhesus monkey with another adult or with a young rhesus monkey. It has been shown that:

1. Young rhesus monkeys, 12 to 18 months old and of both sexes, tend to inhibit aggression in singly caged adults of both sexes (Reinhardt et al. 1987 a).

2. Individually caged adult rhesus monkeys can be paired with each other without major risk of trauma if they. are given the opportunity to establish clear dominance-subordination relationships prior to their first direct encounter (Reinhardt et al. 1987b; Reinhardt 1988).

The findings of these studies were encouraging, but they left open the questions of whether companions remain compatible over long periods of time, and whether pair-housing interferes with common research protocols. The present follow-up investigation of 116 adult rhesus monkeys paired with each other or with younger animals addresses these issues.

Adult rhesus monkeys that had lived in single cages for several years were provided with a conspecific companion in the following ways:

1. Naturally weaned infants were removed from breeding troops at 12 - 18 months of age to avoid overcrowding. They were paired isosexually as well as heterosexually with 48 adult females (6-28 years old) and 12 adult males (8-28 years old). Adults and infants were not related.

2. Forty-six unrelated adult female rhesus monkeys (7-23 years old) and 10 unrelated adult male rhesus monkeys (8-16 years old) were familiarized with each other in isosexual dyads in cages in which the two animals were separated by a grated partition allowing non-contact communication only (no risk of aggression-associated trauma). Potential companions were paired in a different cage (to avoid territorial antagonism) without partition if they showed evidence of a clearly established dominance-subordination relationship (unidirectional fear grinning and/or avoiding). If they failed to do this within 7 d of familiarization, they were separated and re-tested with another animal.

Paired partners were considered to be compatible as long as neither of them inflicted a bleeding injury on the other, nor showed signs of depression (reduced alertness and decreased interest in otherwise favored food for more than 12 h), and both secured their appropriate shares of food. Partner compatibility was checked on at least three occasions each day. Partners were separated and re-paired with other animals if signs of incompatibility were noticed; otherwise they were left together for at least 9 months.

The animals had ad libitum access to water and received commercial dry food twice a day.. They were offered raisins, peanuts or grapes during the check-ups. Apples, bananas, oranges, carrots or potatoes were fed every other day as a means of dietary enrichment.

Adult-infant pairs were initially kept in the adults' home cages (70 x 75 x 77 cm). They were transferred into double cages (70 x 150 x 77 cm) when the young reached 2-2.5 years of age. Adult- adult pairs were familiarized and paired in double cages (70 x 150 x 77 cm). Male-male pairs were housed in such- a way that they had no visual contact with females (no sex-related antagonism). All cages were provided with a deciduous tree branch segment for gnawing. A diagonally suspended branch or plastic pipe served as a perch in all cages that had no squeeze apparatus installed.

Tab. 1. Compatibility evaluation of 116 adult rhesus monkeys paired
with conspecifics for the purpose of environmental enrichment.

Of the 48 adult female-infant pairs, partners were compatible throughout follow-up periods of 1-2 years in 87% of cases (Tab. 1). The young companions reached 28-44 months (2.3-3.7 years) of age during this time (Fig. 1). The partners of 13% (6/48) of the dyads tested were incompatible. They were separated shortly after pair formation because the young became depressed 3 cases) or the adult prevented the young from getting its proper share of food (3 cases). Thirty-three of the compatible companions were assigned to research projects that required repeated pair separations, lasting 1 - 3 d, for the purpose of various surgical procedures. This had no adverse effect on the partners' compatibility. If one of the two had to be chair- restrained during an experiment, the other one was kept close by as psychological support (Fig. 2). The presence of the familiar companion had a calming effect on the restrained animal, which would not become depressed but would be confident enough to take food out of the experimenter's hand (Fig. 3). Two adult females were temporarily tethered for experimental remote infusion and blood collection. Their young companions were not removed on these occasions, and they did not jeopardize the experiments in any way. Neurophysiological studies requiring the implantation of permanent headcaps were performed on 2 adult females and on 5 young companions (Figs. 1-3). Being socialized presented no extra risk for these animals. 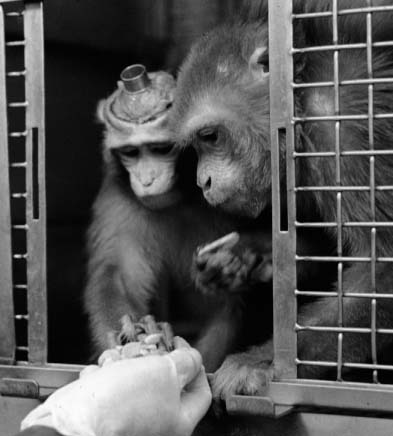 Fig. 1. 29-year-old Queen shares food with her 3.3-year-old companion Bim.
The two have been compatible partners for 2 years. 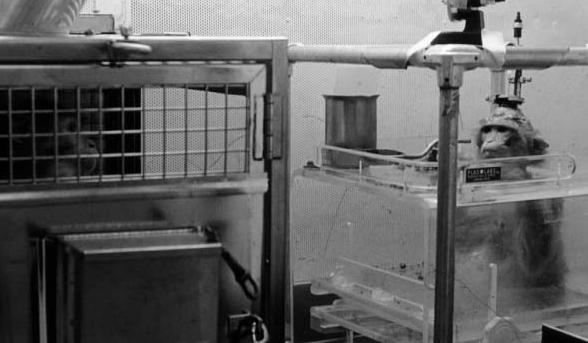 Fig. 2. When Bim is chair-restrained during a neurophysiological experiment,
Queen is kept close by as psychological support. 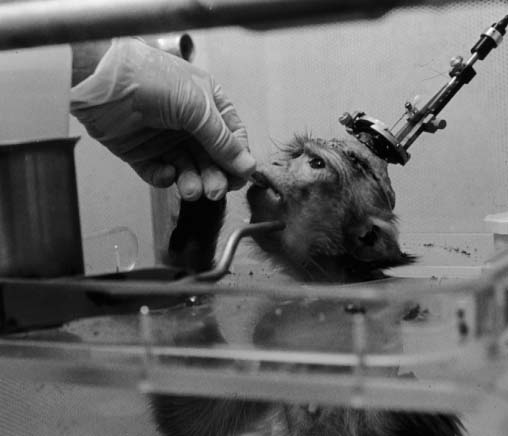 Fig. 3. Queen's presence has a calming effect on Bim, who shows no distress reactions during the experiment.

Compatibility between adult males and infants was equivalent to that between females and infants. Partners were compatible in 83% of cases throughout follow-up periods of 1-2 years (Tab. 1). The young reached 29 - 43 months (2.4 - 3.6 years) of age during that time. Partners were incompatible in 17 % (2/12) of cases. These animals were separated shortly after pairing because the young became depressed (1 case) or the adult was unwilling to share food (1 case). The 20 monkeys of the 10 compatible pairs were assigned to breeding projects, other behavioral studies or physiological experiments. Partners were repeatedly separated for 1-3 d on these occasions, but this did not impair their subsequent compatibility.

Of the 23 adult female-adult female pairs, partners were compatible in 83% of cases throughout follow-up periods of 1-2 years (Tab. 1). In 17% (4/23) of cases partners were incompatible and were separated within the first 2 months of pair formation because one of them became depressed (1 case) or one of them inflicted a bleeding but not life-threatening injury on the other (3 cases). Of the 38 compatible females, 12 were successfully bred. The presence of the offspring did not compromise their good relationships with their companions. Eighteen females were part of research projects requiring repeated laparoscopical examinations and/or venipunctures. Separating those animals for 1 day for surgery did not change their compatibility. Blood samples were collected in the home cage with the companion being present. This minimized distress reactions. The partners of 2 pairs received permanent headcap implants for neurophysiological studies. Keeping those animals in pairs did not increase the risk of local infections at the implantation site. As with adult-infant pairs, adult female companions were not separated if one of them had to be chair-restrained during an experiment; instead, the unrestrained partner was kept close to the restrained partner for psychological support. Distress reactions of the experimental animal, such as threatening the experimenter or depression, were thereby eliminated.

Of the 5 adult male-adult male dyads tested partners were compatible in 80 % of cases throughout follow-up periods of 9-10 months (Tab. 1). The males of the fifth dyad were incompatible. They were separated after 2 months because one of them became depressed. All 8 compatible companions were regularly used for breeding and behavioral studies requiring temporary separations for up to 1 week. This had no adverse effect on the partners' compatibility.

The present study provides evidence that previously singly caged adult rhesus monkeys of both sexes can easily be socialized with a conspecific without great expense and with little risk. Partners were generally compatible not only for several weeks but throughout the given follow-up periods of 9 months to 2 years. Pairing singly caged adult rhesus monkeys with infant or with other adult companions can therefore be recommended as an effective strategy for environmental enrichment.

The present investigation also demonstrates that pairing caged rhesus monkeys with compatible conspecifics does not interfere with a number of common research protocols. Our experiences even suggest that distress related to handling or restraint is reduced by the presence of the familiar companion. Rhesus monkeys are social animals and they probably have a strong need for social contact and social interaction. It is common sense to assume that the average rhesus monkey is better off living with a compatible companion than living alone for years on end. To promote the wellbeing of caged rhesus monkeys and to minimize their distress reactions during handling and experimentation, facilitated socialization of previously individually caged animals has therefore become a standard management procedure at the Wisconsin Regional Primate Research Center.

We are very grateful to Mr. Robert Dodsworth for preparing the photographs of the figures and to Mr. John Wolf for editing this manuscript. The project was supported by NIH grant RR- 00167 to the WRPRC.

This article originally appeared in Zeitschrift für Versuchstierkunde 32, 275-279 (1989).
Reprinted with permission of the publisher.