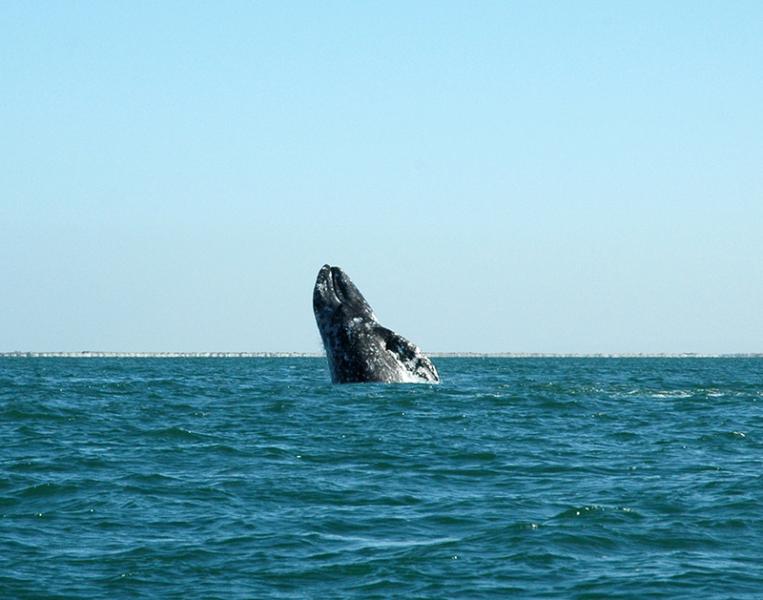 In March, the National Marine Fisheries Service (NMFS) initiated its latest effort to permit the Makah Tribe of Washington to hunt gray whales by releasing a Draft Environmental Impact Statement (DEIS) for public review and comment. This is an opportunity for you to express your thoughts on the DEIS and the government's efforts to allow the Makah the kill gray whales.  We need your help to advocate for gray whales and oppose the proposed hunt.

With the exception of a single gray whale killed in 1999 and another whale killed illegally in 2007, the Makah have not hunted whales for nearly 90 years. Consequently, the tribe cannot demonstrate a subsistence or nutritional need for whaling or whale products. Such a need is a requirement to secure approval from the International Whaling Commission to engage in aboriginal subsistence whaling, and should be a prerequisite for NMFS' approval of the hunt. Despite the absence of this need, this is the fourth attempt by NMFS to authorize Makah whaling since 1997. Previous efforts have either been scuttled by court rulings or terminated by the agency.

The proposed hunt could jeopardize two imperiled populations of gray whales: the resident Pacific Coast Feeding Aggregation and the Western North Pacific, which number only 209 and 140 animals, respectively. While the main Eastern North Pacific gray whale population is much larger (nearly 21,000 animals), they and their habitat are subject to threats like climate change, contaminants, ocean noise, ship strikes, and net entanglement throughout their summering, wintering, and incredibly long migratory range (from Alaska to Mexico), and shouldn't be subject to a new threat posed by a hunt.

Furthermore, whaling is inherently cruel since it involves trying to kill (using harpoon and bullets) a large, moving animal from a moving boat on a rolling ocean by (in this case) individuals with little to no whaling experience—a sure recipe for cruelty and suffering.

Issues to raise with the National Marine Fisheries Service