none needed at this time.

The comment period is now closed.  It is uncertain at this time whether the USDA will propose amending the AWA's regulations to prohibit public contact with wild and exotic animals.  We will provide an update on any future steps the USDA takes on this issue. 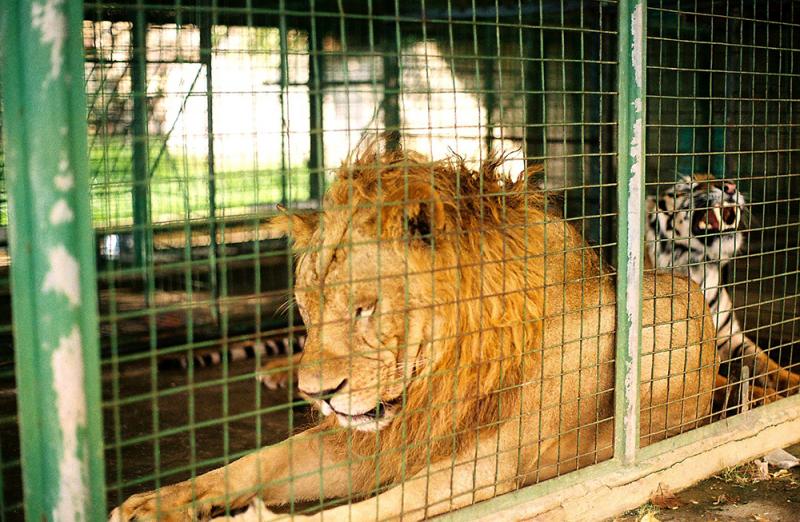 These incidents are not anomalies. Every year, animals are harmed and people are injured or killed because commercial exhibitors allow visitors to pet and pose with lions, bears, tigers, primates, and other animals who, for their own well-being and that of the public, should not be in contact with visitors. The animal protection community has long urged a change in the Animal Welfare Act (AWA) regulations governing public contact, but the US Department of Agriculture, which is responsible for enforcing the AWA, has ignored our concerns about the dangers associated with this practice—even though the department shares many of those concerns! The hodgepodge of rules and "policies" it has put in place seems to allow public contact in some situations but not in others. There is no consistency, only confusion.

In 2013, the USDA published a petition it received requesting that it amend the regulations and standards pertaining to physical contact with dangerous animals to clearly prohibit (1) public contact with big cats, primates, and bears, and (2) the separation of baby animals from their mothers before they are weaned unless medically necessary. The USDA requested comments at the time and received over 15,000! Even though the vast majority supported the petition, apparently that wasn't enough because the USDA is requesting comments yet again! It also poses eight questions, the answers to which it expects to "help further inform [its] thinking on the handling of dangerous animals." The questions include how "dangerous" is defined and whether an animal poses a public health risk or not. The USDA has been enforcing the law for 50 years. It has seen the cruelty and danger that accompany public contact and the unforgivable practice of wrenching baby animals away from their mothers. How much more does it need to know?

The Animal Welfare Institute supports the petition now as we did then; in fact, we argue—as we did then—that the regulatory change should go further and prohibit public contact with ALL wild and exotic animals. Many other species, including wolves, elephants, and marine mammals, are subjected to unwanted and unnecessary handling by nonprofessionals that exposes animals and visitors alike to potential harm.

Obviously, merely publishing this petition three years ago did not commit the USDA to actually doing something about this problem; and soliciting comments anew holds no greater promise of action now. Concerned individuals like you must tell the USDA to take the next step and change the regulations. Please join AWI in urging the USDA to amend the AWA's regulations to prohibit public contact with all wild and exotic animals, and to end the practice of removing young animals from their mothers before they are weaned unless medically required.